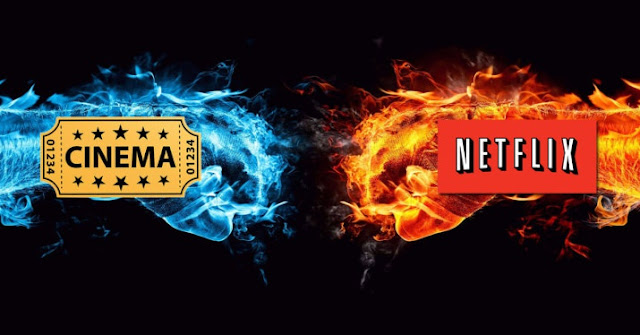 Since 2002, movie theater attendance has been on a steady decline, but why is that? Many variables factor into this equation, the tickets are overpriced, the floors and bathrooms are usually sticky and unkempt, the movies are mediocre at best, unfriendly staff, and fellow moviegoers are unruly and rude. However, the most significant factor in the movie equation is streaming. With the advancement of modern technologies such as faster internet speeds, widescreen high-definition televisions, and better computers; streaming movies was an inevitable thing. The threat from streaming is not the first time Hollywood and movie theaters have faced harsh competition from home entertainment, but can movie theaters survive this time?  From the early 1900’s until the 1950’s, movie theaters were usually these substantial and glorious venues that would host both movies and stage acts, such as vaudeville acts and magic shows. Called “ movie palaces ,” this was the height of the moviego
Post a Comment
Read more

April 11, 2018
For the classmate blog critique , I decided to review the blog of someone whos interests seems to coincide with mine. I chose to critique the blog of Justice Seymour. Right off the bat, you can tell that Justice has an interest in current pop-culture; he is up to date on current happenings that are coming out of the film, television, and technological fields. His recent blog entry that covers predictions of the future, this entry is probably my favorite of his blog reviews. He doesn’t include one topic in general; instead, he covers multiple questions, such as streaming, gaming, and augmented reality. His conclusion ties them together in a metaphorical that imagines all three of the mixed media he covered coming together into one substantial virtual media amalgamation.             Another blog entry of Justice’s that I enjoyed was his sixth blog about global trends. Justice decided to cover Lucas the Spider. Lucas the Spider is a CGI (Computer Generated Image) spider
Post a Comment
Read more 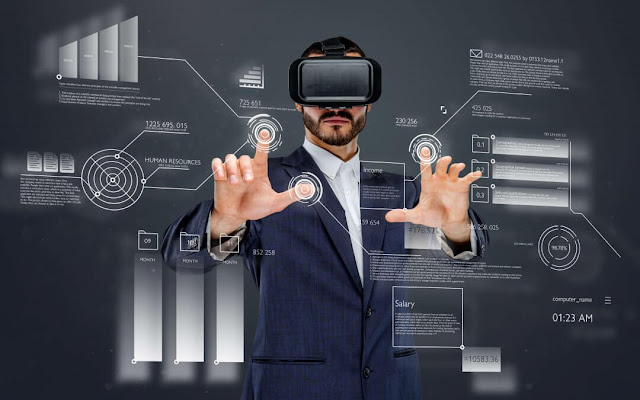 Over the past weekend, I saw a movie that made me do a lot of thinking regarding our future with technology. The movie was Ready Player One ; it is Steven Spielberg’s most recent foray into the science fiction and adventure genre. You can watch the trailer here. Forewarning, there are possible spoilers ahead for the movie; read at your own risk. The basic concept of the movie is that real life has become so drab and depressing that most of the population hides inside of an MMOSG (massively multiplayer online simulation game). Everyone connects via a pair of virtual reality gloves and headset; if the user has money, they can also wear a full bodysuit that makes the user feel (in real life) the sensations you perceive in the virtual world. Real-world currency works in the virtual world of Ready Player One just like it does in reality. One of the more unique elements of the story is that when your avatar dies in the virtual world, you lose everythin
1 comment
Read more

March 13, 2018
When it comes to binge-watching , I barely have enough time for one episode or movie at a time; let alone several. If I did, I wouldn’t go on a long binge mostly because I hate the feeling of wanting more. So, I try to schedule one or two shows a week to help build anticipation and keep interest. With that being said , I am a dedicated cinephile and love having an almost infinite library of movies and television shows at my disposal. Of course, I’ll never get to them all, and the risk of some shows or movies being rotated out is very real; so I have to watch what I can when I can. To feed my cinephile tendencies, I bought a Roku device so I could have all of the streaming services that I subscribe to integrated conveniently into one simple device; and have access to hundreds of free applications as well. Old and New             Normally, I tend to generate towards older movies and sometimes television shows. If I plan to watch something released in the past 30 years, I usua
Post a Comment
Read more 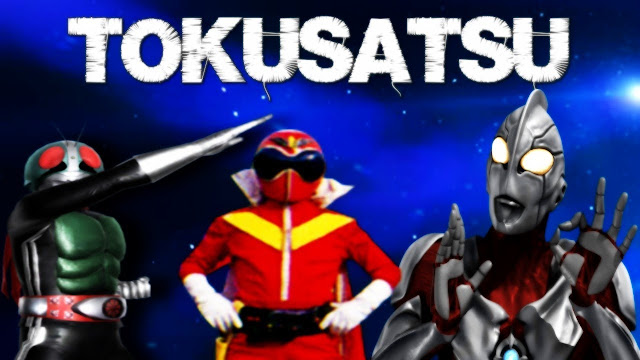 It should come as no surprise as to the topic I chose for Global Trends is Japanese Tokusatsu television shows.  Tokusatsu (literal translation is special filming) is a style of filmmaking that usually includes miniatures and a man-in-a-suit, although, in recent years, computer-generated imagery has been used in some form in traditional Tokusatsu shows and movies.  Ultraman Geed Final Battle   Tokusatsu originally started in 1954 with Toho Studio’s Gojira; the film was a major success and spawned the kaiju- ega (Japanese monster movie). In 1966, Eiji Tsuburaya (director of special effects for Toho Studios) started his own production company and released Ultra Q . Almost immediately after the release of Ultra Q, Tsuburaya productions began producing Ultraman, which began airing later that year. Ultraman became a huge hit and is often compared to being the “Mickey Mouse,” of Japan.  Honda Commercial feat. The Ultra Brothers , The Ultra Brothers Go Hawaii , Ultra State Far
Post a Comment
Read more 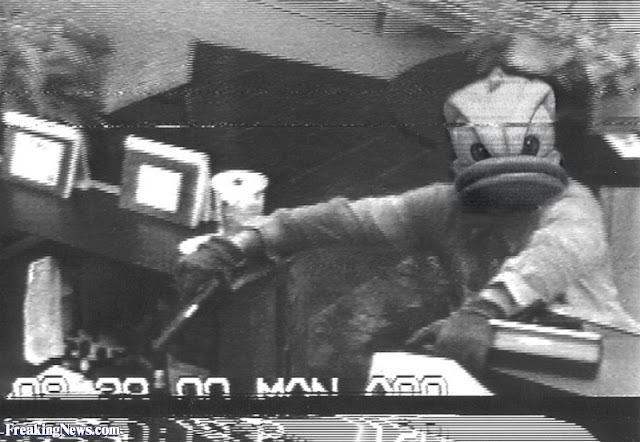 When we think about surveillance and law enforcement in the context of video footage, we tend to think of the tragedies in recent years of police needlessly killing unarmed African Americans in a fit of nonsensical violence. However, I decided to focus on more humorous surveillance footage or police bodycam footage. Why? Well, because we all could use a laugh. The first one I would like to play is from Shanghai. The video shows two burglars approaching a store; you notice that they both have bricks in hand. The first burglar pulls his arm back and throws the brick, not breaking the glass. The second one does the same thing but to more humorous consequences... Shanghai Brick Burglars One of my personal favorites comes from Fort Worth, Texas. It’s an older video, but still hilarious nonetheless. An intoxicated man breaks into a liquor store and causes tons of damage and attempts to steal money, cigarettes, and more alcohol. The problem is, the man cannot get out. Drunk Man
Post a Comment
Read more 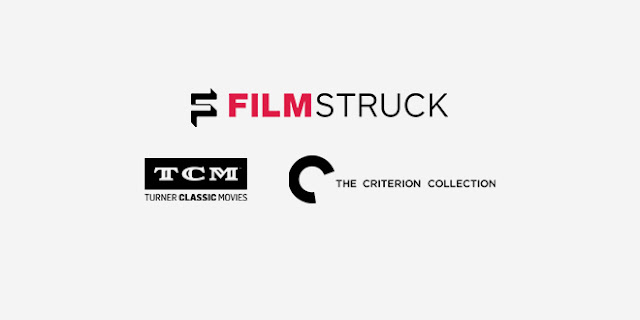 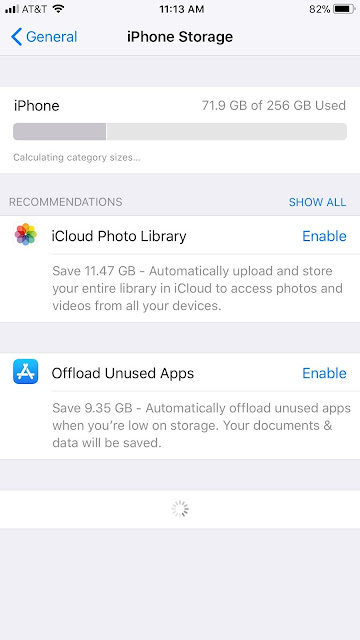 When it comes to my personal media devices, one product I feel I could not live without is my iPhone 7-plus. https://www.youtube.com/watch?v=Q6dsRpVyyWs When the iPhone 7-plus was announced a little over a year ago, it seemed like the perfect phone for me. Mostly due to the fact that it has 4K video record capability, which is perfect for a young filmmaker to have at any given time. Since, I have never bought the, “higher-end,” model of the current iPhone; I decided to splurge and get the most expensive version of the iPhone 7-plus when it finally reached store shelves. I love the dual camera lenses with 4K capability. However, what I enjoy the most is the mass amount of internal storage my phone has. My phone has 256 GB of storage space, meaning I will never have to worry about storage on my phone EVER AGAIN. Storage is probably the most important thing that I need, I have many apps that I use on my phone, and most of them take up a lot of space. Previously, I
Post a Comment
Read more

For this entry, I decided to look at Amazon instant video. Arguably the least popular among the big three of streaming services (the other two being Netflix and Hulu). Though it may be the least popular, it has a variety of content that Netflix or Hulu can’t touch, and though they may have an edge over Amazon when it comes to their slew of new or original movies and television; there is something that Amazon has that the two do not, and that is a plentiful supply of cult films. Now, Cult films can be defined as any film that was considered a flop or a failure, but gained a cult following later due to the advent of home video, or syndication on television. So, the term doesn’t necessarily limit itself to the genres I’m going to mention, I’m just talking about cult films in the genres I like that are on Amazon Video. Some may argue that the streaming service FilmStruck has the greater quantity of cult films, and at a higher quality. Though that maybe true, I currently am not
Post a Comment
Read more 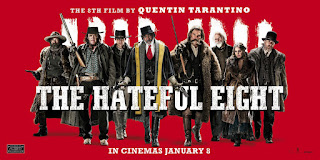 When I started going to Southern Arkansas University, I was originally enrolled as a digital cinema major. This was because of my longstanding love for moving pictures, and my longing to create them. So naturally, as a "film" student, my personal video habits are very diverse. Depending on my mood or what I am doing at that current time determines what I watch or play. I use streaming services, I have a large collection of Blu-Rays, DVDs, and even VHS tapes. In a perfect world, I would have my own collection of 35 mm film reels as well. I also play video games on a PlayStation 4, occasionally my old PlayStation 3, and an old Nintendo 64. If I am working on my desktop. I usually have my television playing a television show or movie from either Netflix, Hulu, or Amazon Prime. On Netflix I am usually watching what Tarantino movie they have the rights to (currently Jackie Brown, Inglorious Basterds, and The Hateful Eight) or something I've seen a million times, just so I
Post a Comment
Read more